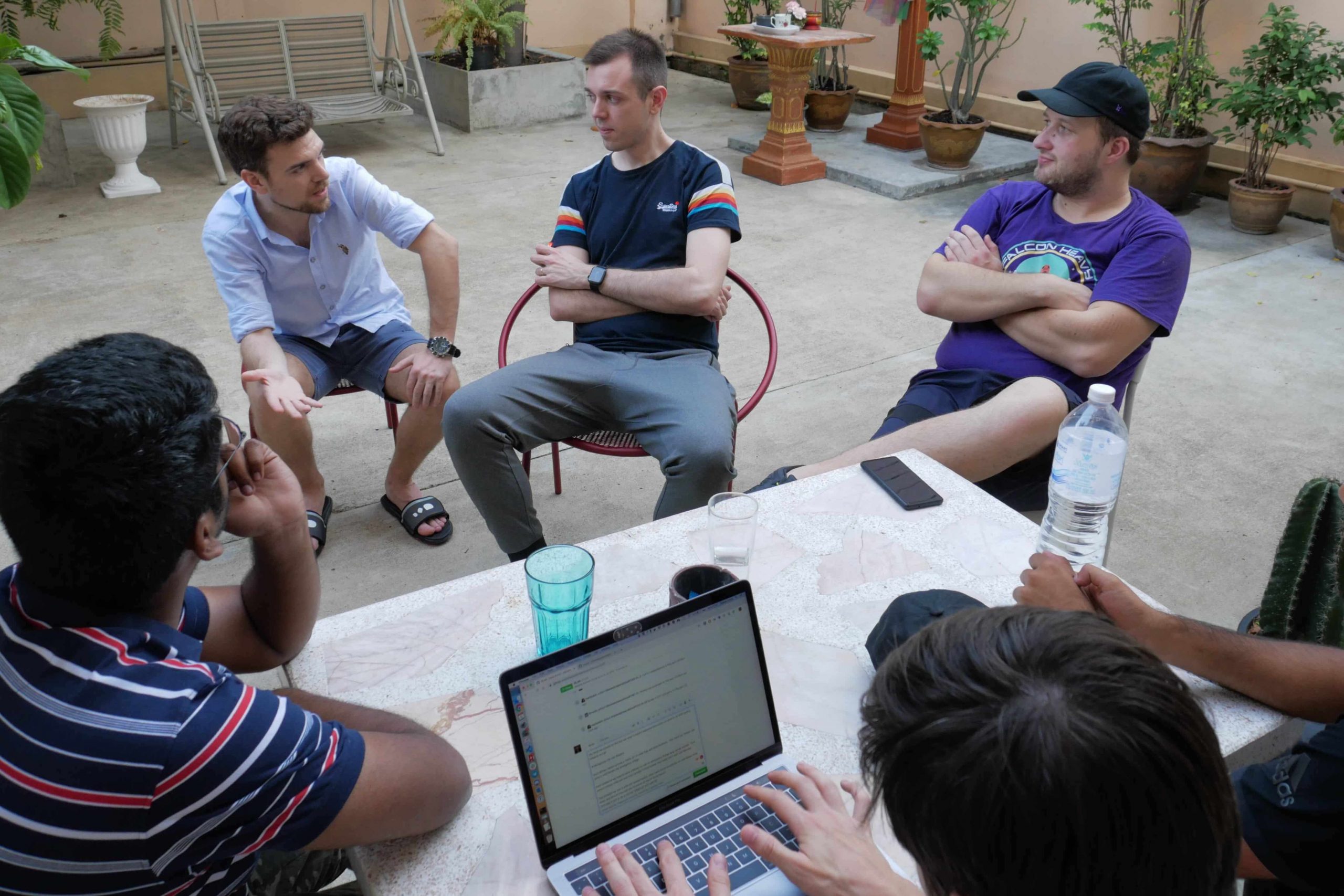 an analysis or discussion of an event after it is over.

Earlier this year, on one of our half-yearly IRL’s, we had a discussion about whether or not we should proceed with a massive upgrade process that had been going on for the past year or so. The team that was working on it, myself included, had been facing numerous problems on a daily basis where it felt like if we plugged one leak it started leaking from a different hole so we were starting to get demotivated and it felt like no solution was in sight.

The discussion went on for a few hours with a lot of strong opinions on both sides, for and against proceeding, but in the end, we decided that it was time to stop beating on the dead horse and start fresh with a new one. Nejc didn’t feel like the right decision had been made, however, and decided to reinforce the team, and even join himself, to give it one last attempt with everything we had.

After just two-three weeks with the reinforced team working on it we finally saw a light at the end of the tunnel, and most of our issues were either already solved or had been identified. Now, a full quarter later, we’re certain we made the right choice to continue with and finish what we had started on.

Realizing that we had almost made a big mistake if we had followed through with the decision to start fresh, we scheduled a postmortem to discuss and identify what had led us to lose hope and want to abandon ship.

Before the meeting, we all watched Who Destroyed Three Mile Island? to get into the right mindset of not setting out to assign blame but to understand what led to the wrong decision being made, learn from it, and strengthen our routines and systems to prevent it from happening again.

The postmortem made us realize that we should have done more to follow the list of guidelines and best practices below. It’s important and helpful to keep this in mind when starting with a new project.

We’ll continue to make mistakes, make no mistake about it, but taking the time to analyze why it happened without having to worry about pointing fingers can be extremely valuable both as humans and as a company.

Bjornar is an up-and-coming full-stack engineer, tackling Python, Nix, DevOps and everything in between.