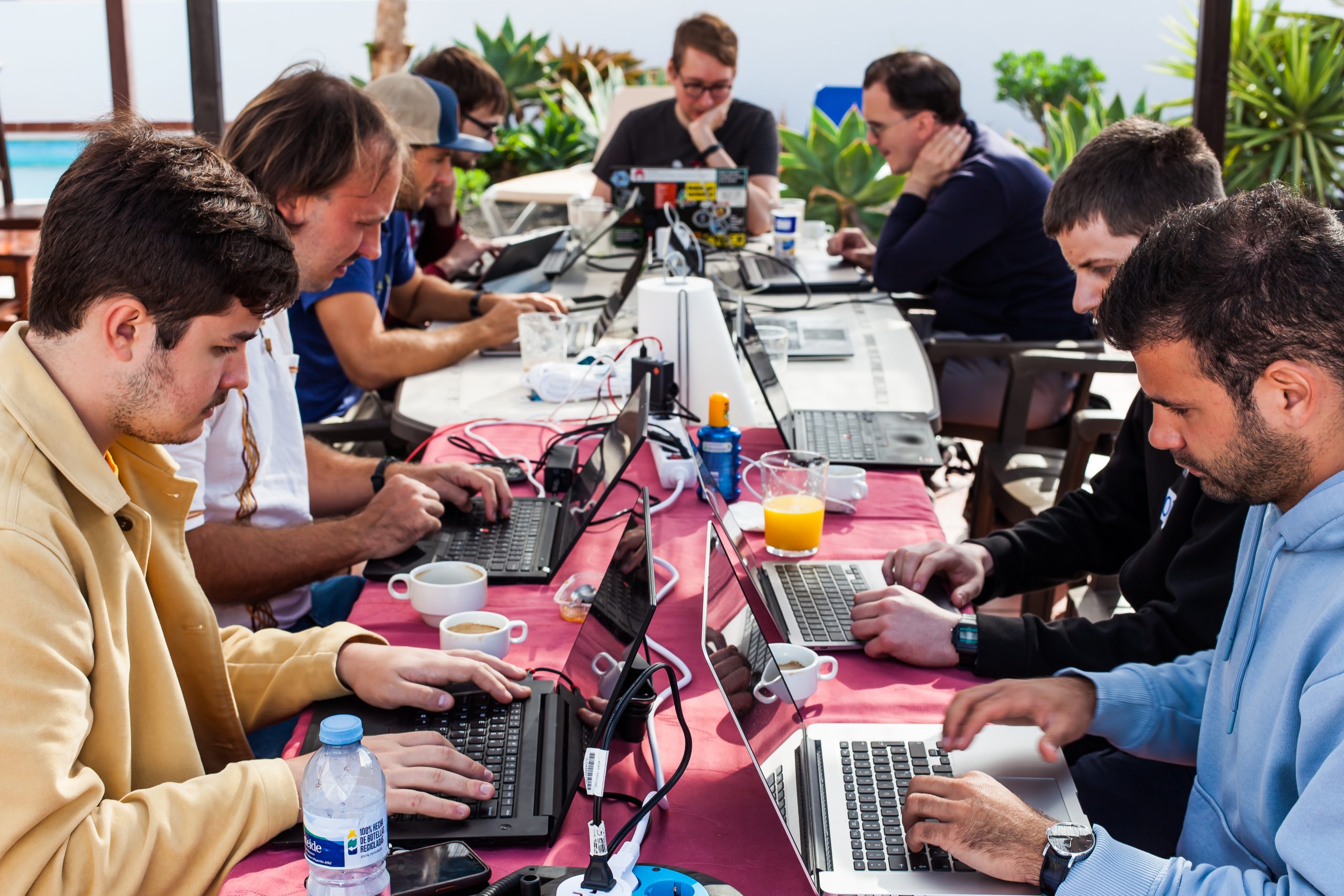 Back in early 2010’s, “sprints” were how I lived. Week-long events, in random places around the World, hacking on open source. From offices in European cities, to lake sides, castles and saunas. It’s where I met some of my best friends, where I got business for Niteo’s agency side. It’s where I learned more than any university could teach me. And finally, it’s where I had unimaginable amounts of fun.

But as the years flew by, I started feeling the downsides of constant traveling & hotel food. My health started declining. Every sprint came with a nagging feel that, yes, it was fun, but it was taking it’s toll.

Then I became a father. And that nagging feeling increased by a ten-fold. Every time I went away, I felt bad for not being around.

I stopped organizing sprints. I almost stopped attending them. One in a year, maybe.

I missed them, though, dearly. I felt like I wasn’t learning as much as I did in the past, that I was falling behind. I remembered the early days, when I was daydreaming that one day, I’m gonna have a villa by the beach, and throw sprints there. It was gonna be so awesome! One day, I’ll get there …

The real impact of Covid isn’t really that it changes things, but that it pulls the future forward. For about a decade or so. And it pulled my dream forward too! Back in May we bought a house on the Atlantic with the idea of renting it out to remote teams and to organize the occasional sprint or two.

My dreams have now become reality. Last week we held the first sprint in Niteo House: the OceanSprint. I won’t go into details of how productive it was — others wrote reports about it — I’ll let the photos tell the story.

But I will say this: there will be more to come! By having the sprint in our house, I had all my stuff there to minimize the downsides of running the sprint:

In a nutshell: I got all of the good parts of a sprint (learning, relationships, fun) and none of the bad! This was such a success that I’m quite sure I wanna do this more often. Very often. How does March 2022 sound?